Press Releases
Multifamily
Workforce Housing
MassHousing Closes on $18 Million for the Refinancing, Preservation of Affordability and Extensive Renovation of the 100-Unit Hillcrest Acres Apartments in Attleboro
The Retirement Housing Foundation and its consultant, the Schochet Companies, will complete approximately $9.9 million in property improvements and preserve affordability for the long term of households with a range of incomes
November 21, 2022 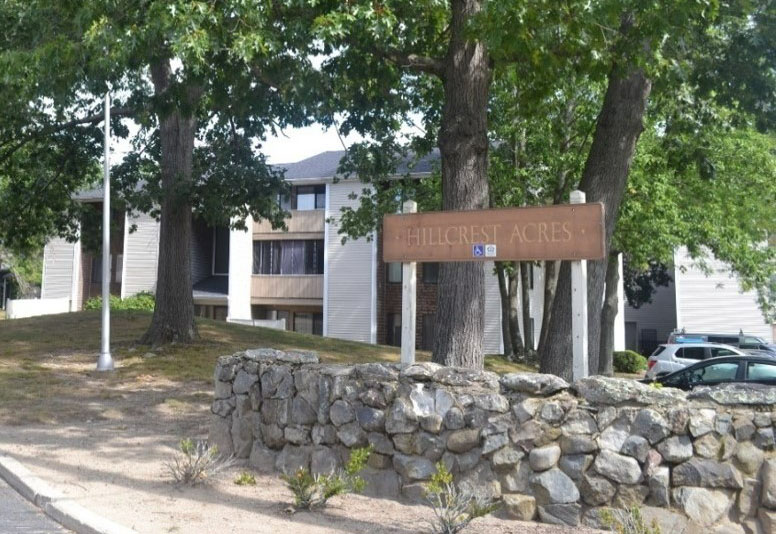 BOSTON – November 21, 2022 – MassHousing has provided a total of $18 million in affordable housing financing to the non-profit Retirement Housing Foundation (RHF) and its development consultant, the Schochet Companies, for the refinancing, preservation of affordability and renovation of the 100-unit Hillcrest Acres Apartments in Attleboro.

RHF, in partnership with the Schochet Companies, purchased Hillcrest Acres in July 2020, at a time when the property was in danger of converting to market-rate housing. This financing transaction will ensure long-term affordability protections remain in place at the property, and that significant capital needs there are addressed. RHF plans to complete approximately $9.9 million in property improvements.

"This ownership team stepped up to acquire Hillcrest Acres at a time when the property was in danger of losing its affordability, and now they will ensure that the property is a source of safe, modern affordable housing for many years to come," said MassHousing Executive Director Chrystal Kornegay. "MassHousing was very pleased to work with RHF and Schochet to preserve this affordable housing resource in Attleboro, where lower- and moderate-income residents will continue to enjoy housing stability and economic opportunity."

MassHousing provided the ownership team with a $7 million tax-exempt construction and permanent loan, a $7.2 million bridge loan, $2.7 million from the Agency's Workforce Housing Initiative, and $1 million in additional financing from the CDFI Fund's Capital Magnet Fund.

Other financing sources included $9.6 million from an allocation of Low Income Housing Tax Credits by the Massachusetts Department of Housing and Community Development (DHCD), $4.2 million in direct support from DHCD, and a $1.4 million sponsor note. The tax credit investor was R4 Capital.

"RHF is committed to preserving crucial affordable housing and Hillcrest Acres is a prime example of that effort," said Stuart Hartman, RHF's President and CEO. "This effort will ensure that Hillcrest Acres will serve the people in this community for decades to come."

RHF and Schochet acquired Hillcrest Acres in 2020 through Chapter 40T, a state law designed to help prevent affordable housing from being sold and converted to unrestricted rents. The Community Economic Development Assistance Corporation (CEDAC) provided an $8.4 million acquisition loan for the transaction.

"We are so appreciative of the efforts of all involved in helping us to close this complicated two-step transaction. First CEDAC, who provided us with ability to initially preserve this critical asset in 2020, and then MassHousing, DHCD and R4, who ensured that we will be able to do substantial rehab while preserving these units in excellent condition for the long term," said Richard J. Henken, President and CEO of the Schochet Companies.

As part of the housing preservation transaction, RHF will undertake extensive site work improvements at Hillcrest Acres, including bathroom renovations, the installation of new kitchen appliances, the creation of accessible units, and structural improvements to roofs and balconies.

Hillcrest Acres Apartments advances the Baker-Polito Administration's goal of creating at least 1,000 new workforce housing rental units affordable to middle-income households through MassHousing's Workforce Housing Initiative. Since the inception of the initiative in 2016, MassHousing has committed or closed workforce housing financing totaling $155.3 million, to 74 projects, located in 27 cities and towns, and advanced the development of 5,933 housing units across a range of incomes, including 1,605 middle-income workforce units.

The general contractor will be NEI General Contracting, the architect is Davis Square Architects, and the management agent is Federal Management Co., Inc., an affiliate of the Schochet Companies.

MassHousing has financed six rental housing communities in Attleboro involving 739 housing units and $70.7 in total financing. The Agency has provided $116.9 million in mortgage financing to 871 Attleboro homebuyers and homeowners who refinanced their homes.

Founded in 1961, RHF is a national non-profit organization with a mission to provide a range of housing options and services for low- and moderate-income older adults, families and persons with disabilities. RHF owns and manages more than 17,000 apartments in 195 communities in 29 states, Washington, D.C., Puerto Rico and the U.S. Virgin Islands. More than 22,500 people call an RHF community home. RHF is affiliated with the Council for Health and Human Services Ministries (CHHSM) of the United Church of Christ and is a member of LeadingAge and LeadingAge Massachusetts. RHF co-sponsors housing development with a variety of denominational and civic organizations. For more information about RHF please visit www.rhf.org. follow them on Twitter @rhfoundation and Facebook.

The Schochet Companies is a full-service real estate development and management company founded by Jay R. Schochet more than forty years ago. Since that time the company has developed, owned, and/or managed more than 7,000 apartments, the bulk of which are affordable, and more than 600,000 square feet of retail and commercial space throughout New England and on the West Coast. Today, Schochet Companies owns and/or manages more than 5,000 apartments and 100,000 square feet of commercial space throughout New England. Headquartered in Braintree, the company employs more than 170 people. For more information about Schochet please visit www.schochet.com.

To date, CCRI has awarded more than $13.8 million in grants. 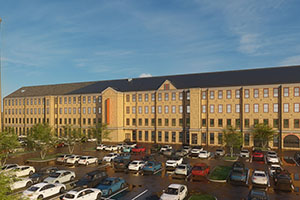 MassHousing Closes on $25.8 Million in Financing for the Redevelopment of the Historic Stone Mill in Lawrence into a Low Carbon, High Energy Efficient Housing Community with 86 New Rental Homes

WinnCompanies will make the 177-year-old mill property the first all-electric housing development in Massachusetts, negating the use of fossil fuels for the building's systems

The property is located steps from the city's transit center. 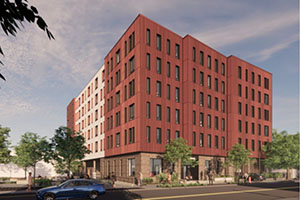 Financing is Complete for 1599 Columbus Avenue in Boston, where 65 New Affordable Apartment Homes will be Constructed as Part of the Jackson Square Redevelopment

Urban Edge is creating the new housing with financing from MassHousing, DHCD, the City of Boston and other funding sources

The building is being built to Passive House design standards.