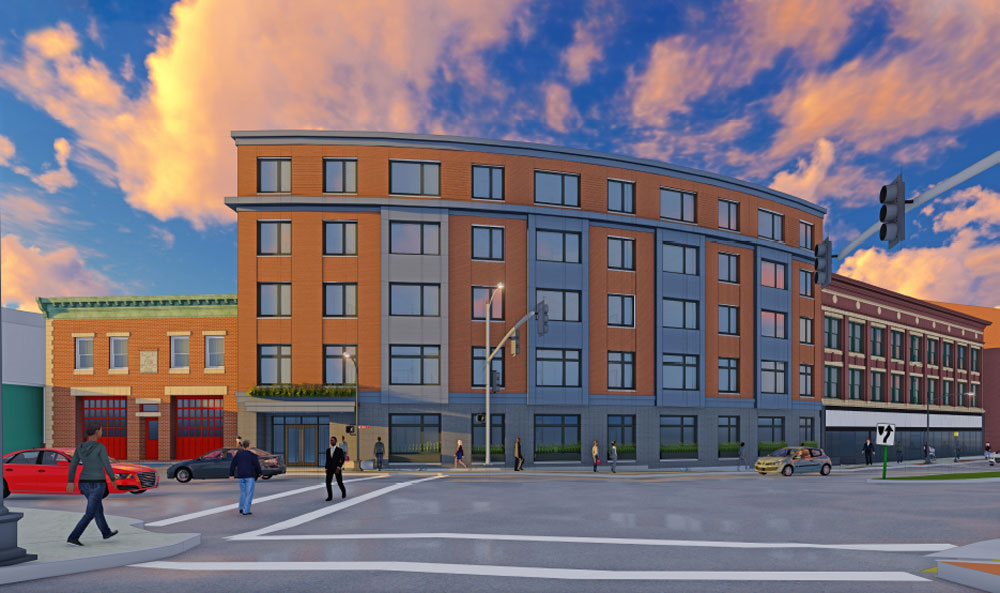 BOSTON – September 14, 2021 – MassHousing has closed on $5.3 million in financing to MSq Redevelopment LLC, an affiliate of Rees-Larkin Development, for the development of 44 affordable and workforce apartment homes as part of the Moran Square Redevelopment in Fitchburg.

The funding advances the conversion of two historic buildings and the construction of a new five-story apartment building in downtown Fitchburg.

"The Moran Square Redevelopment will create a campus of new apartment homes, where residents with a range of incomes will breathe new life into an important part of downtown Fitchburg," said MassHousing Executive Director Chrystal Kornegay. "We are pleased to partner with Rees-Larkin Development to create new housing and economic opportunities for Fitchburg residents in a great location, just steps from commuter rail and bus service as well as the amenities in the heart of the city."

"Financing from MassHousing is the linchpin of the financial feasibility of this exciting project," said Jon Rudzinski, Principal of Rees-Larkin Development. "The Workforce Housing Initiative, in particular, allowed us to craft an income mix that meets the needs of various stakeholders, including the City of Fitchburg."

MassHousing is providing Rees-Larkin with a $2.9 million permanent loan and $2.4 million in financing from the Agency's Workforce Housing Initiative, for the creation of 24 new workforce housing units.

Other financing sources included $10.2 million in equity from the allocation of federal Low Income Housing Tax Credits by the Massachusetts Department of Housing and Development (DHCD), $2 million in direct support from DHCD, $1 million from the Affordable Housing Trust Fund, which MassHousing manages on behalf of DHCD, $1.5 million in historic tax credit equity, and $130,000 in HOME funds from the City of Fitchburg.

The Moran Square Redevelopment advances the Baker-Polito Administration's goal of creating at least 1,000 new workforce housing units affordable to middle-income households through MassHousing's Workforce Housing Initiative. Since the inception of the initiative in 2016, MassHousing has committed or closed workforce housing financing totaling $127 million, to 61 projects, located in 24 cities and towns, and advanced the development of 5,049 housing units across a range of incomes, including 1,428 middle-income workforce units.

The development will be a block from the Fitchburg Intermodal Transportation Center, which includes a commuter rail station, parking garage, and major bus terminal for the Montachusett Regional Transit Authority. Construction is expected to be completed in November 2022.

The general contractor will be Keith Construction. The architect is The Architectural Team and the management agent will be Housing Management Resources.

MassHousing has financed four rental housing communities in Fitchburg totaling 417 units of housing with an overall original loan amount of $56.9 million. The Agency has also provided home mortgage loans to 1,083 homebuyers and homeowners in Fitchburg with an original purchase principal balance of $107.4 million.

Rees-Larkin Development LLC is a real estate development firm founded in 2008 that specializes in the development of affordable and mixed-income housing in New England.

This will be the largest new affordable rental housing development on Martha’s Vineyard in 15 years. 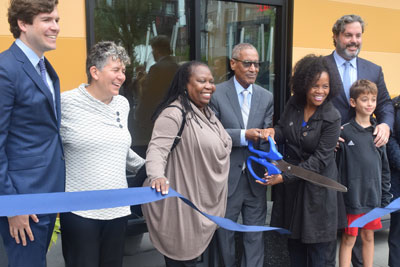