Press Releases
Multifamily
Workforce Housing
MassHousing Closes on $4.4 Million in Financing for the Development of the 59-Unit 37 Union Street in Downtown Attleboro for Residents Across a Range of Incomes
The development team will transform a vacant, historic jewelry factory into affordable and workforce rental homes two blocks from the city's commuter rail station and regional bus lines
October 13, 2021 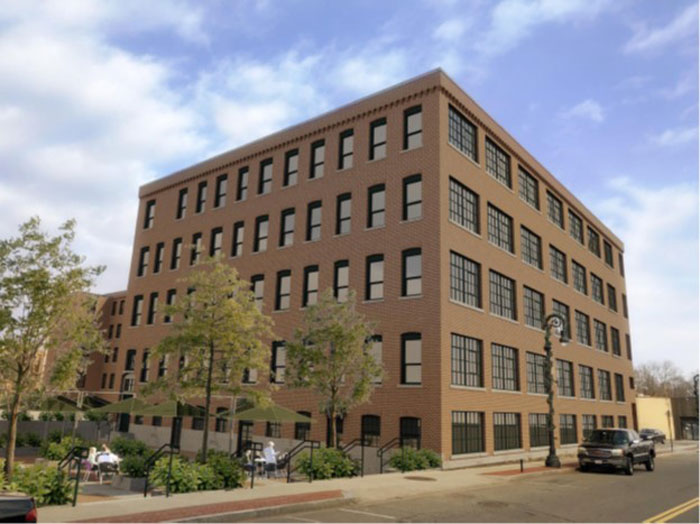 BOSTON – October 13, 2021 – MassHousing has closed on $4.4 million in affordable and workforce housing financing for the redevelopment of a vacant, historic jewelry factory in downtown Attleboro into the 59-unit 37 Union Street for residents with a range of incomes.

The project was spearheaded by a long-time business owner in downtown Attleboro, Bob Jones. The development team of GAM Realty, LLC, E3 Development, LLC, and Affirmative Investments, Inc., will redevelop three existing brick structures that formerly housed jewelry manufacturers into a 59-unit rental housing community, including 17 workforce housing apartments. A portion of one structure's fifth floor, which was severely damaged during a 2018 wind storm, will be reconstructed. The project is expected to be completed in the fall of 2022.

"MassHousing is excited to be part of this project that is going to take a vacant property in the heart of Attleboro and create 59 new affordable apartment homes for individuals and working households," said MassHousing Executive Director Chrystal Kornegay. "This housing community will breathe new life into the downtown and create economic opportunities for the residents with rail service to Boston and Providence and regional bus service just steps from their homes."

"The development team is thrilled to begin construction on this transformative project, which will preserve an important part of Attleboro's manufacturing history while creating new housing opportunities for residents with a wide range of incomes. It was truly a collaborative effort to reach this milestone, and we are grateful to MassHousing, DHCD, and the City of Attleboro for their partnership," said Eliza Datta, President of E3 Development, and Tara Mizrahi, Executive Vice President of Affirmative Investments.

"The 37 Union Street project is critical to the redevelopment of the Union Street district and an important part of Attleboro's downtown revitalization. I have been thoroughly impressed with the commitment of the development team, and I am thankful for the support from MassHousing for investing in Attleboro. This project could not have been done if it were not for all of the partners involved, and the people of Attleboro are going to benefit from this project for decades to come," said City of Attleboro Mayor Paul Heroux.

MassHousing will provide the development team with a $2.7 million permanent loan and $1.7 million in financing from the Agency's Workforce Housing Initiative. The project will additionally receive $1.1 million from the Affordable Housing Trust Fund, which MassHousing manages of behalf of the Massachusetts Department of Housing and Community Development (DHCD).

37 Union Street advances the Baker-Polito Administration's goal of creating up to 1,000 new workforce housing units affordable to middle-income households through MassHousing's Workforce Housing Initiative. Since the inception of the initiative in 2016, MassHousing has committed or closed workforce housing financing totaling $127 million, to 61 projects, located in 24 cities and towns, and advanced the development of 5,049 housing units across a range of incomes, including 1,428 middle-income workforce units.

37 Union Street is located across the street from Attleboro City Hall and Police Department headquarters and two blocks from the city's commuter rail station and several regional bus lines.

MassHousing has financed three rental housing communities in Attleboro totaling 387 units and $35.8 million in overall financing. The Agency has also provided home mortgage loans to 839 homebuyers and homeowners in Attleboro with an original purchase principal balance of $110.8 million. 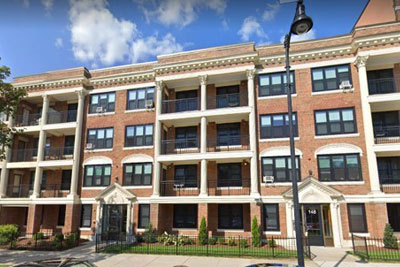 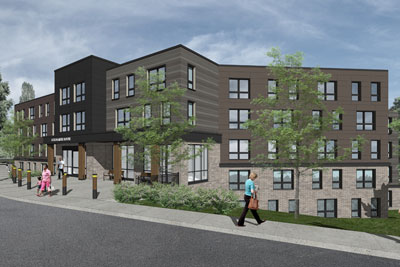 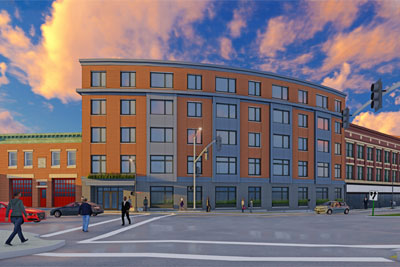