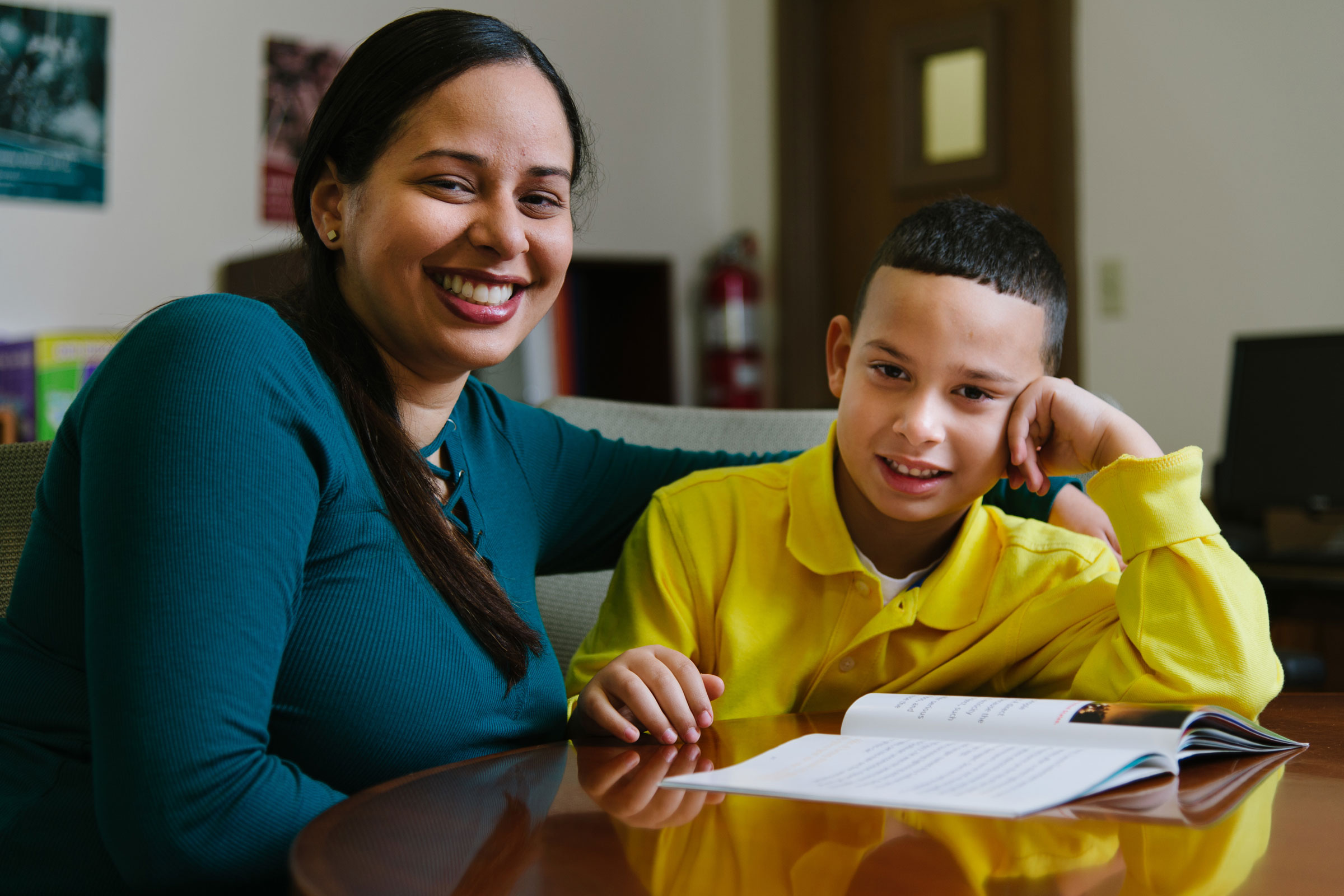 When Patricia Valdez came to Boston as an 11-year-old girl who didn't speak English, she never would have believed she would one day attend college and earn a master's degree before embarking on a career in social work.

A native of the Dominican Republic, Patricia didn't let the obstacles in her life block her goal of being an independent, successful member of the community. She learned English, and put herself through college as a single parent.

Having an affordable home was the foundation of her success. Patricia and her son live at Roxbury Hills in Dorchester where she was able to take advantage of rental assistance through the federal Section 8 program. Roxbury Hills was financed by MassHousing and was recently acquired and managed by longtime Agency partner UHM Properties (UHM).

Since its founding in 2003, UHM has had a long and collaborative partnership with MassHousing, managing 10 affordable housing communities in the Agency's portfolio involving more than a thousand units and more than $42.7 million in MassHousing financing.

"It was everything," Patricia said of having a stable, affordable home for her and her son. "I didn't have to worry about not having a place or, ‘oh my God, is my son not going to have a roof over his head while I go to school?' It gives me chance to give him a better life and took a lot weight off my shoulders."

Patricia worked while earning her associate's degree from Bunker Hill Community College. She continued to work, commuting twice a week for three years while completing her bachelor's in social work from at Salem State University.

"I tried to get help with daycare but because I was not on public cash assistance and working, I didn't qualify. I was told my income was too high for help even though we were barely getting by," Patricia said. "It just reinforced that I needed to do something better and become more productive. It was very hard commuting and I got my degree over three years, but it was either that or get a bunch of student loans for schools that were closer."

Patricia's hard work and commitment to having a career in social work caught the eyes of a number of people who helped mentor her, including MassHousing Director of Community Services Thaddeus Miles and Cathy Draine, a resident services coordinator at UHM.

Patricia initially participated in a math tutoring program at the Neighborhood Network Center, Inc. (NNC), the non-profit arm of UHM that was created to ensure that residents of UHM and other affordable housing communities in the Grove Hall corridor could receive services that promote self-sufficiency. Patricia came back to the NNC to participate in one-on-one professional development coaching. Albin also benefitted from the NNC through the center's Children's Defense Fund Freedom School's® six-week summer camp for youth, which focuses on reading, self-development and community engagement skills.

MassHousing's Community Service Department has been a longtime supporter of the NNC through its Youth Rap and Public Safety programs, helping to fund after-school programming, summer youth employment and the summer camp that Patricia's son attends and where Patricia is a founding member of the parent advisory council.

"We are charged to develop the programs that support both the stability and growth of UHM residents and the community at large," said Cathy Draine. "Patricia demonstrates what can happen when we partner with residents for their success. Each step of this has been about meeting Patricia where she was on her journey and supporting her pursuit to the next personal milestone. Self-sufficiency of affordable housing residents becomes possible when we provide the right support at pivotal moments in their lives. I am grateful that Thaddeus and other MassHousing staff really support our efforts at UHM to engage in such a meaningful and impactful way."

Patricia's mentors encouraged her to pursue a post-graduate degree. Despite her initial doubts, Patricia was accepted at Boston College where she earned a master's degree and is now working as a social worker with expectant parents at the Uphams Corner Community Health Center.

"I felt like I wouldn't belong there and wouldn't be able to get in there, but Cathy helped me with my essay to get into BC and helped me with a lot of other stuff," said Patricia. "They had faith in me and I was able to accomplish getting my master's degree."

Patricia said many people who have similar experiences like her sometimes don't believe they can overcome their obstacles. "I hear from a lot of people who don't really do much and fall into a cycle and don't know how to get out," she said. "I didn't want that and wanted to do more and take advantage of the help I was receiving. I say to them don't give up. Life will give you a million-and-one obstacles but don't give up and don't let those obstacles discourage you. I am trying to do right by my son and see him down the right path so he can be successful in his life."

Now working full time and providing for her son, Patricia said her next goal is to move beyond needing her Section 8 assistance and buy her own home.

They had faith in me and I was able to accomplish getting my master's degree." - Patricia Valdez 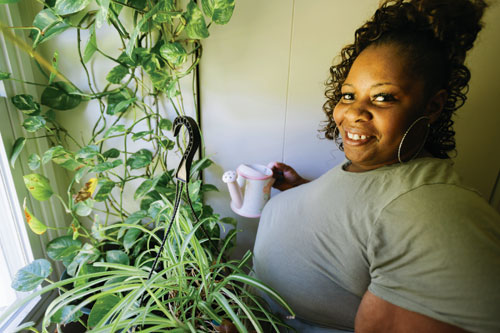 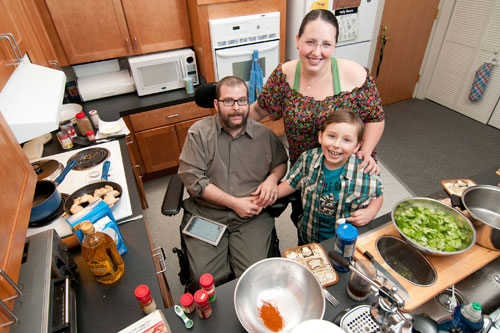 Circumstances beyond their control led Joshua and Kelly Mauro to search for an affordable, accessible apartment.