Press Releases
Multifamily
MassHousing Closes on $13.5 Million in Financing for the Extension of Affordability, Property Renovations, and the Enhancement of Resident Services for Senior Citizens at Riverside Towers in Medford
The Schochet Companies and Jonathan Rose Companies will complete approximately $9.7 million in property improvements at the 199-unit elderly housing community and provide more supportive services for the residents
January 10, 2023 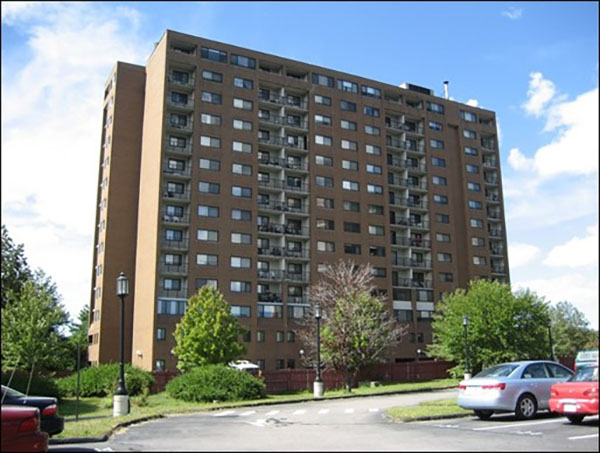 BOSTON – January 10, 2023 – MassHousing has provided $13.5 million in affordable housing financing to a joint venture consisting of Schochet Companies (Schochet) and Jonathan Rose Companies (Rose) for the preservation of affordability, property renovations and the enhancement of resident services at the 199-unit Riverside Towers for the elderly in Medford.

As part of the transaction, the Schochet/Rose venture will implement an enhanced resident services program in partnership with Hebrew Senior Life that will focus on improving health and wellness outcomes and be supported by a part-time Wellness Coordinator, a Wellness Nurse, and Fitness Instructor. A new medical suite will be created to support this additional programming.

"MassHousing is pleased to be a partner in a transaction that will create significant property improvements at Riverside Towers and enhance supportive resident services that will allow senior citizens living at the property to live independently and thrive," said MassHousing Executive Director Chrystal Kornegay. "The long-term affordability for the residents was extended and the ownership group is committed to modernizing the property and implementing new health and wellness support for the residents."

MassHousing provided the ownership team with $13.5 million in supplemental affordable housing financing. The property was last refinanced in 2016, with $50.8 million in MassHousing financing. The ownership team has executed a new 20-year HUD Section 8 Housing Assistance Payment contract for the 199 apartments at Riverside Towers, which, when combined with the 13 years remaining on the previous contract, creates an overall extension of affordability of 33 years.

"We are grateful to MassHousing for their support of this important transaction that will allow us to make significant improvements to common areas and apartments while adding a suite of unparalleled services for our residents to remain happy and healthy in their homes as they grow older," said Richard J. Henken, President and CEO of the Schochet Companies.

Nathan D. Taft, Partner at Rose, added, "Our mission is to create 'communities of opportunity,' with access to top-notch services in resilient, green, well-located buildings. Our partnership with MassHousing is making that possible here with leadership from Rick and his team."

The general contractor will be NEI General Contracting, and the architect is DMS Design, LLC.

MassHousing has financed seven rental housing communities in Medford comprised of 2,458 housing units and $246.4 million in total financing. The agency has provided $114.8 million in mortgage financing to 567 Medford homebuyers and homeowners who refinanced their homes.

The Schochet Companies is a full-service real estate development and management company founded by Jay R. Schochet more than forty years ago. Since that time the company has developed, owned, and/or managed more than 7,000 apartments, the bulk of which are affordable, and more than 600,000 square feet of retail and commercial space throughout New England and on the West Coast. Today, Schochet Companies owns and/or manages more than 5,000 apartments and 100,000 square feet of commercial space throughout New England. Headquartered in Braintree, the company employs more than 170 people. For more information about Schochet please visit www.schochet.com. 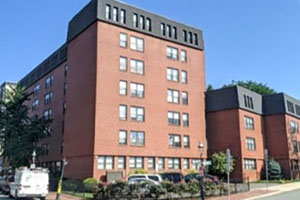 City Square was constructed around 1900 and rehabilitated by CSI in 1985. 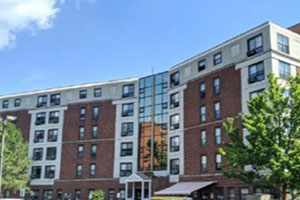 MassHousing Closes on $18.1 Million for the Refinancing and Extension of Affordability for Senior Citizens and Residents with Disabilities at the 100-Unit Admiral's Tower Co-op in Chelsea

As part of the transaction, affordability protections will be extended for at least 25 years. 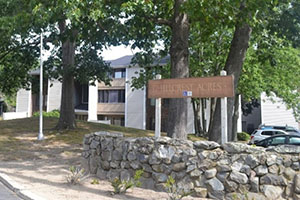 MassHousing Closes on $18 Million for the Refinancing, Preservation of Affordability and Extensive Renovation of the 100-Unit Hillcrest Acres Apartments in Attleboro

The Retirement Housing Foundation and its consultant, the Schochet Companies, will complete approximately $9.9 million in property improvements and preserve affordability for the long term of households with a range of incomes

Work will include bathroom renovations, creation of accessible units and structural improvements to roofs and balconies.