BOSTON – March 21, 2022 – MassHousing has closed on $6.5 million in financing to Dakota Partners, Inc., to support the continued development of the Woodland Cove housing community in Wareham.

The MassHousing financing will allow Dakota Partners to create 24 new affordable rental homes, including 18 workforce housing units, in the third and final phase of construction at Woodland Cove. Overall, Dakota Partners is creating 150 new mixed-income apartments at an eight-acre site in Wareham.

"MassHousing's Workforce Housing Initiative helps build stronger communities by creating new homes for moderate-income households who do not qualify for traditional affordable housing, but still struggle to find an affordable home," said MassHousing Executive Director Chrystal Kornegay. "We congratulate Dakota Partners on launching the final phase of this exciting new housing community. We are pleased to be their partner in this important work."

"Woodland Cove – which is being designed and constructed as Passive House – will fill a critical void of affordable housing in Wareham and provide safe and comfortable homes to individuals and families who might otherwise be priced out of the area." said Dakota Partners principal, Roberto Arista. "Dakota is proud to be working with MassHousing again to create much-needed affordable housing in Massachusetts that delivers on our mission to create housing that matters to residents, the community, and the environment."

MassHousing is providing Dakota Partners with a $4.7 million permanent loan and $1.8 million in financing from the Agency's Workforce Housing Initiative for Phase 3. The transaction also involves $480,000 in developer financing. Brookline Bank and BlueHub Capital are the construction lenders.

MassHousing provided a total of $9 million in financing to Dakota Partners to support the development of Phase 1 of Woodland Cove, which will create 63 new rental homes in three- and four-story buildings, including seven workforce housing units. There will be 11 one-bedroom apartments, 45 two-bedroom apartments and seven three-bedroom apartments.

Phase 1 and 3 are being developed simultaneously, with the 63-unit second phase of Woodland Cove to follow.

Woodland Cove advances the Baker-Polito Administration's goal of creating up to 1,000 new workforce housing units affordable to middle-income households through MassHousing's Workforce Housing Initiative. Since the inception of the initiative in 2016, MassHousing has committed or closed workforce housing financing totaling $140 million, to 65 projects, located in 25 cities and towns, and advanced the development of 5,226 housing units across a range of incomes, including 1,443 middle-income workforce units.

The general contractor will be Dakota Partners, the Architect is Ed Wojcik Architect, Ltd, and the management agent will be Maloney Properties.

As a real estate developer and builder, Dakota Partners develops affordable, workforce and market-rate housing communities across New England, New York and the Mid-Atlantic States. Dakota is an industry leader in Passive House design and construction with more than a dozen Passive House designed projects in our portfolio. At the heart of every project is Dakota’s mission to create housing that matters to residents, the community, and the environment. For more information, please visit www.dakotapartners.net. 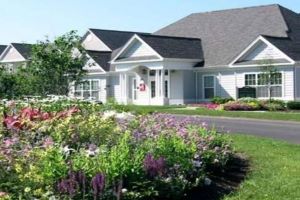 MassHousing Closes on $34.8 Million for the Refinancing, Renovation and Preservation of Affordability at the 192-Unit Woodlands at Abington Station

Among the planned improvements are new windows, front doors and patio sliders.

MassHousing Closes on $13.2 Million for the Refinancing, Renovation and Extension of Affordability of the 84-Unit Roslindale House for Senior Citizens in Boston

Roslindale House is a former high school originally built in the 1920s. 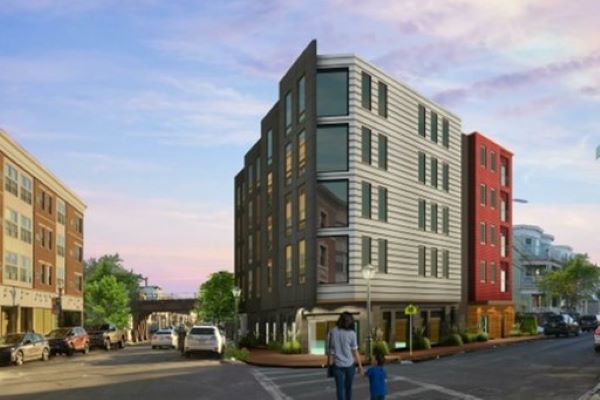 MassHousing Closes on $8 Million in Financing for New, 29-Apartment Workforce Housing Community on a Vacant Parcel in Dorchester

The new building will be built adjacent to Fields Corner MBTA subway station.