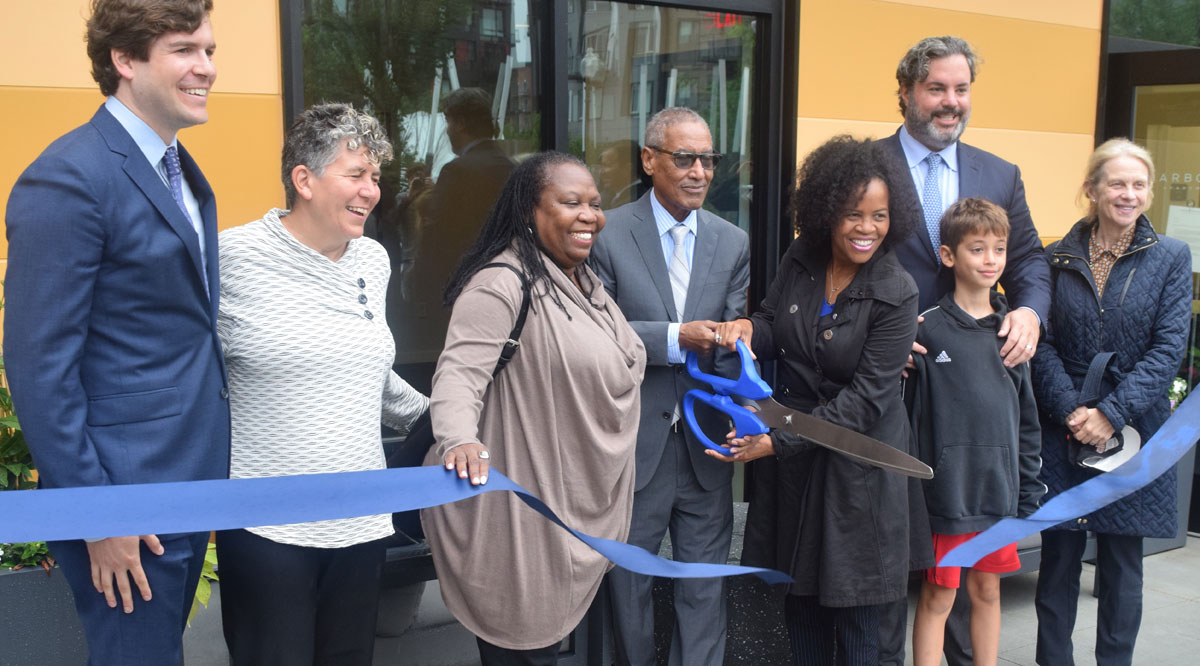 BOSTON – July 12, 2021 – Mayor Kim Janey today joined the officials from the Boston Housing Authority (BHA), WinnCompanies and MassHousing to formally open a unique $30.2 million development project that brings 52 units of both rental and homeownership opportunities to households of all incomes along the East Boston waterfront.

"The Clippership Apartments, housing 22 rental units, will be welcoming back many families who were living here before the development plans were fully realized. Now those families are returning to newly constructed high quality modern living spaces," said Mayor Janey. "I am proud to be a part of powerful investment in the people and the community of East Boston."

Ten original public housing households who previously lived at the Clippership property have returned to new modern apartments at Harbor125. In addition, of the 30 new condominiums at Harborwalk Residences, 14 will be sold to middle-income homebuyers at subsidized prices. More than 850 homebuyers have applied and qualified for an upcoming lottery to purchase the 14 new homes at dramatically subsidized prices.

"These new homes will be an essential part of the East Boston neighborhood, securing Clippership’s affordable housing promise for the future," said BHA Administrator Kate Bennett. "This new development ensures that low-income families can continue to have access to the East Boston waterfront and enjoy a better quality of life in new modern homes."

Located one block from the MBTA Blue Line station at Maverick, the one-acre property provides the neighborhood with a quarter-mile view corridor to the waterfront and pedestrian access to the Harborwalk. The new, two-building development includes 3,384-square-feet of ground-level retail space, a management office, a bicycle storage room, and a 1,000-square-foot community room for use by residents and East Boston groups.

"This project is a great example of a public-private partnership to preserve and expand affordable housing while also creating new ownership opportunities for working households who otherwise would be priced out of the market," said Gilbert Winn, CEO of WinnCompanies. "By replacing 20 units of aging housing with 52 modern homes available at the entire range of incomes, this development succeeds in making the waterfront truly a place for all."

Construction for the project created 500 jobs with minorities, women, and local workers providing 50 percent of labor hours. Financing sources included Inclusionary Development Program funding facilitated by the Boston Planning and Development Agency and contributed by Lendlease, Inc., as a result of the company's Clippership Wharf apartment and condominium project located next door.

MassHousing, the independent, quasi-public agency that provides financing for affordable housing in Massachusetts, provided a $6.6 million permanent mortgage and $3.6 million in bridge loan financing for the development of Harbor125 Apartments and $1 million from the agency’s Workforce Housing Initiative to subsidize the cost of the 14 workforce condos at Harborwalk Residences.

"By transforming the former Clippership Apartments into a dynamic, new mixed-income development, this project is preserving much-needed affordable rental housing and creating new homeownership opportunities for first-time homebuyers," said MassHousing Executive Director Chrystal Kornegay. "We congratulate WinnCompanies and the Boston Housing Authority for reaching this milestone. MassHousing is pleased to be a partner in this important work."

The project is part of the BHA's continuing effort to preserve, expand and modernize public housing in the City of Boston. The agency kicked off the development process in April 2016 and owns the ground lease for the Harbor 125 site. WinnCompanies owns Harbor125 Apartments building and developed Harborwalk Residences with a deed restriction requiring the 14 middle-income home ownership condos to remain affordable.

"Bank of America is pleased to help create much-needed affordable housing for families in East Boston," said Miceal Chamberlain, President, Bank of America Massachusetts. "Harbor125 Apartments is a great example of the impact that public-private partnerships can make to support the communities where we live and work."

The 30 condominiums, built at a cost of $14.2 million, provide unique home ownership opportunities, with the revenue from the sale of the 16 market-rate units helping to make the 14 remaining condos affordable for a range of incomes not otherwise being served by recent waterfront development.

Enterprise Bank (NASDAQ: EBTC), based in Lowell, MA, provided the $8.6 million construction loan for the condominium portion of the project.

"Projects such as Harborwalk Residences bring vibrancy to our communities," said Executive Vice President Steven Larochelle, Chief Banking Officer for Enterprise Bank. "We are very pleased to have been able to work with the team at WinnDevelopment on this project." Added Executive Vice President Marlene Hoyt, Construction Lending Director for Enterprise Bank: "Home ownership is an important cornerstone of the American Dream and we congratulate WinnDevelopment and its partners on the completion of this vital construction project that expands the opportunity for income-restricted and market rate condominium home ownership in Boston."

Additional funding was provided by Bank of America and the Federal Home Loan Bank of Atlanta through the competitive Affordable Housing Program. BlueHub Capital provided subordinate construction and permanent financing to both projects.

"Developing this site presented its fair share of challenges, including its long history of waterfront industrial uses and its proximity to Boston Harbor," said WinnDevelopment Senior Project Director Andrew Colbert, who oversaw the effort. "This development fully remediated contaminated soil and building debris and raised the height of the site several feet to make the community resilient to sea level rise. Overcoming these unique design and construction features added cost and time to the project but ultimately ensured that these high-quality, mixed income homes will be here for decades to come."

Cranshaw Construction of Newton, MA, served as the general contractor for the project, working off designs by The Architectural Team of Chelsea, MA. The Harbor125 property is managed by WinnResidential, the property management arm of WinnCompanies. BRIGS, a property management company based in Boston, manages Harborwalk Residences for the homeowner's association.

About the Boston Housing Authority

Boston Housing Authority provides quality affordable housing for low-income families and individuals through the public housing and Section 8 rental assistance programs. We foster vital communities that are essential to our city's economic diversity and way of life.  As the largest housing provider in Boston, we bring stability, opportunity, and peace of mind not only to the thousands of low-income families we support, but to the city as a whole.

WinnCompanies is an award-winning, national owner, developer and manager of high-impact affordable, middle income, mixed-income and market rate housing communities. Founded in Boston in 1971 and supported by 3,670 team members in 23 states and the District of Columbia, WinnCompanies is one of the nation’s leading multi-family housing managers with 101,000 units under management. It is the leading manager of affordable housing in the United States and privatized U.S. military housing. The company owns 111 apartment communities in 11 states and the District of Columbia. 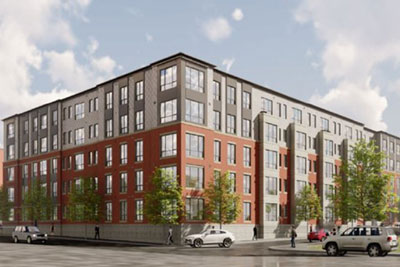 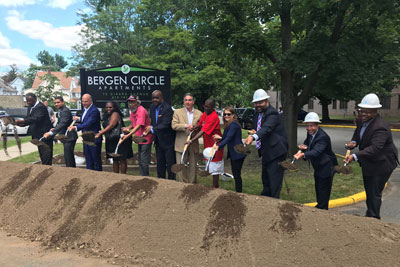 Mayor Sarno, The Michaels Organization, and MassHousing, Celebrate the Start of the Extensive Renovation of the 201-Unit Bergen Circle Housing Community 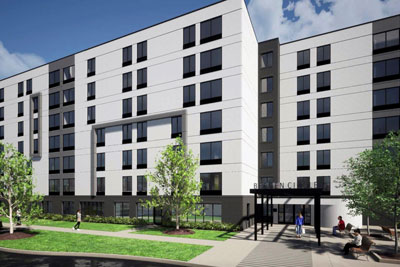 MassHousing Closes on $21.2 Million in Financing for the Refinancing and Extensive Rehabilitation of the 201-Unit Bergen Circle in Springfield